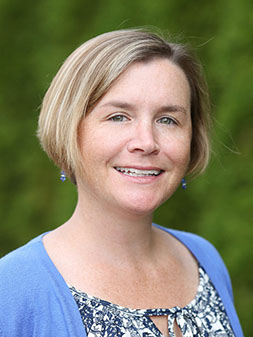 Diana LaChance earned a bachelor’s degree from the College of William & Mary in Williamsburg, Virginia, and a master’s degree from the University of Florida in Gainesville, Florida. She began her professional career in Northern Virginia as an editor in the book publishing industry before transitioning to technical writing for a large real estate company. In 2006, she and her husband moved to Huntsville, Alabama, where she spent seven years as a freelance writer, editor, and publications manager before joining UAH in 2013 as an academic writer/editor for the Office of Marketing & Communications (OMC). Since 2016, she has served as the Director of Admissions Communications while continuing to write and edit for the OMC. Outside of work, Diana enjoys reading, practicing yoga, and spending time outdoors with her husband and her dogs. She is also active in her community, playing tennis, running in charity 5Ks, and teaching a weekly ESL class at a local church.